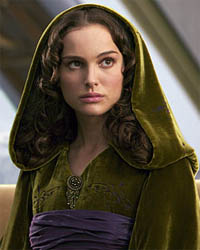 • Natalie Portman joins the cast of Kenneth Branagh’s Thor as a love interest for Chris Hemsworth’s Norse god. Who knew Marvel would be the studio to bring Star Wars and Star Trek together?

• Brad Ideas thinks that Battlestar Galactica‘s finale was the worst in science fiction history. I don’t agree, but it sure is the equivalent of “A wizard did it.”

• Superman creator Joe Schuster’s S&M fetishism will be coming soon to a screen near you.

• Publisher’s Weekly discusses the astonishing surge in zombies as a successful literary genre.

• The Guardian discusses space operas and the golden age of science fiction literature for Brits.