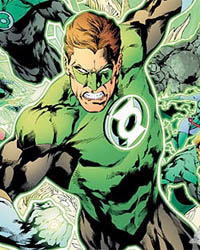 • Geeks of Doom gets a sneak peak at the Hollis Mason death scene from Zack Snyder’s Watchmen director’s cut.

• A few years after he was attached to play the Flash, Ryan Reynolds gets the nod to play Hal Jordan, the Green Lantern.

• SF Signal is worried about Harold Ramis’s Ghostbusters 3 pontifications, so they’ve posted an open letter to the movie.