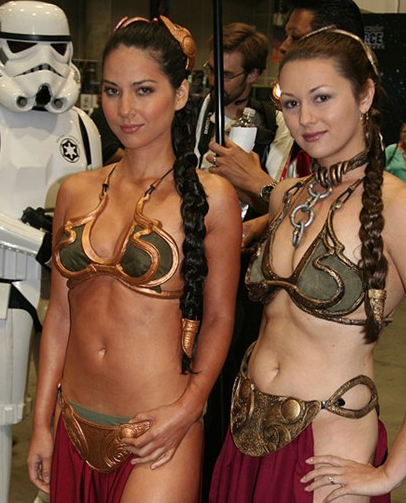 • There are few geeks who haven’t had at least one oneiric fantasy about Princess Leia as a slave. Good news: hundreds of Leias will descend this year upon the San Diego Comic Con.

• Samuel L. Jackson says his role as Nick Fury in Iron Man 2 will be just as inaction-packed as his first appearance.

• The magazine Fantasy & Science Fiction is concerned about the lack of new talent appearing in its pages, so it will be sponsoring a writing workshop and running three stories that come out of it every year.

• The latest ’80s scifi show to be remade? Alien Nation, on Syfy, written by Tim Minear.

• A great idea for a novel: in a zombie outbreak, the mainstream news misses the story, while the blogosphere saves the world.