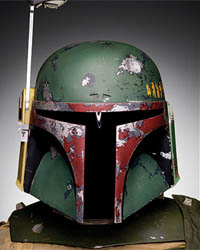 • Robert Downey Jr. apparently performed a real-life act of heroism on the set of Iron Man 2, saving an extra who’d broken his hip grappling with a rampaging robot.

• Who knew that Burt Ward and Adam West reprised their roles as Batman and Robin as late as 1979? Poor Robin looks particularly bad.

• Lost will be getting another hour next season, putting to rest all of the residual questions. My opinion? More Lost is a good thing, especially given the show’s streak of excellence in the fifth season.