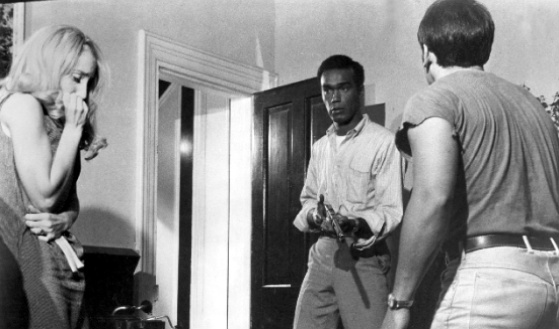 It’s time for me to come clean, friends: I love zombies. Really I
do. Mind you, this is in large part because they frighten the bejesus
out of me. They’re soulless, gross and they want to tear you apart and
eat you like barbeque — what’s not to love?

When I was a kid, I’d sit in my bed and stare out at our moonlit
backyard thinking, “wouldn’t it be scary if there were 100 zombies out
there?” I’d agree with myself that yes, it would
be scary,
and then goodbye good night’s sleep. Now that I’m all grown up and a
discerning horror-movie viewer, I can be more clinical in my approach:
There are all kinds of zombies out there, and a smart girl should be
able to tell them apart at a glance.

Voodoo Zombies
They’re old school and originated in the West Indies — Haiti, in particular — where local sorcerers, or bokors,
resurrect the dead for fun and profit. Bokors control the zombies, using them as laborers or, I suppose, for any old purpose…
wouldn’t it be great to have your own personal zombie to do errands? I
could finally be a lady of leisure; it’s not as though zombie servants
are expensive or demanding (though it didn’t entirely work out in (Fido). OK, I need to become a sorceress, acquire some magic powders and … feh, that seems like a lot of work. Maybe I should just watch The Serpent and the Rainbow.

Cannibal Zombies 1.0
We have George
Romero to thank for the zombies we’ve come to know and love — the
shuffling, intestine-munching kind. In 1968 Romero and some friends
rustled up $100,000.00 and made Night of the Living Dead,
the movie that relaunched a genre. His zombies are slow but dogged… a
single shuffler (or slombie) may be easy to outrun or outmaneuver, but en masse? They’ll swarm that farmhouse or mall or wherever you’re
holed up and next thing you know, they’re tearing you in half and
eating your face.

Sprinting Zombies
Zack Snyder’s 2004 remake of George Romero’s classic Dawn of the Dead
(1978) popularized this variation on the theme: the quick and the dead.
They share the appetite and odor of classic shufflers, but they’re blazing
fast. Purists dismiss them, arguing that resurrected
rotting folk, hobbled by rigor mortis, atrophied muscles and all,
shouldn’t be making like cheetahs. But love ’em or hate ’em, a fast
zombie is an exciting zombie.

Zombies all’italiana
Sure, they’re knock offs of zombinious romerous,
but Italian zombies still deserve their own category. The movies of Lucio Fulci, Bruno Mattei and Andrea Bianchi expanded
on Romero’s by adding buckets and buckets of gore and the oatmeal-faced, hollow-eyed, worm-covered Italian undead are way more grotesque than their blue-faced American counterparts. Movies like Zombi 2 and City of the Living Dead
aren’t for the faint of heart or weak of stomach, but their zombies
really do look as though they just crawled out of the ground.

Nazi Zombies
Remember this brief, late ’70s/early ’80s
fad? I suppose it was inevitable: After all, what’s
more horrifying than taking something evil and making it worse? The
cream of the crud-faced crop is undoubtedly 1977’s Shock Waves,
the Peter Cushing/John Carradine flick that started the trend.
Most of the others were dreck (a word to the wise: steer clear of Oasis of the Zombies and Zombie Lake), but the recent Dead Snow, a Norwegian spin on the sub-genre, currently in limited release, has occasioned… ahem… a resurrection of interest in goose-stepping corpses.

Miscellaneous Zombies
The years 2002-2004 spawned all manner of undead, from musical-theater zombies (Half Alive, Z) to comic zombies (Shaun of the Dead, Fido) to high-falutin’ lliterary zombies– has your book club read Pride and Prejudice and Zombies yet? Debate rages as to what makes a real zombie — must they be undead, or can they be infected with a virus a la 28 Days Later?
— but the walking dead and those who love them don’t care. George
Romero keeps cranking out ” zombies as social metaphor” movies (…of the Dead
opens later this year) and fright freaks keep looking for new ways to
inject new life into old ghouls. In these uncertain times, it’s nice to
know you can count zombies to keep on keeping on and on and on…

So tell me, horror nerds: What’s your favorite flavor of the undead?

Watch movies about monsters and manics on AMC!