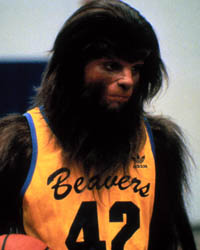 • The trailer to the adaptation of Richard Matheson’s classic story The Box is now on YouTube. I still have no idea how they’re going to do a whole movie on this.

• Heroes‘ Season 4 is likely to be just as terrible as the last two seasons, given Bryan Fuller’s departure. But at least there will be a new nemesis: Claire’s college roommate.

• Every year, Doctor Who does a “Children in Need Christmas Special,” and Internet scuttlebutt indicates the next one may feature all eleven Doctors.

• It looks like the ’80s classic Teen Wolf might be remade as a television series…which actually makes great sense, in a Buffy the Vampire Slayer sort of fashion.

• Wondering if you should see Transformers 2? Topless Robot’s review is all you need to know. Well, besides an emphatic no.

• One of the things about Lost is that even knowing who is coming back next season is a spoiler. So click with caution.

• A NASA shuttle finally solved the mystery of the greatest explosion in Earth’s recorded history, the 1908 Tunguska Event in Siberia.