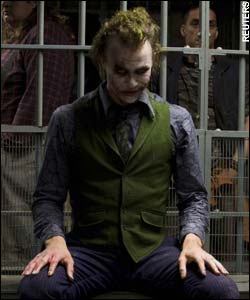 • SciFi Wire has seen the pilot for ABC’s FlashForward, and they like what they see. We’ll see if the show can enrapture audiences as much as Lost.

• Hot off the heels of his role as Derek Reese in Sarah Connor Chronicles, Brian Austin Green comes to Smallville as Metallo. Boy, who would have thought 90210‘s most execrable character would hit it big in scifi?

• The site reporting it is pretty sketchy, but the new rumor is that Christopher Nolan is done with the Batman franchise, having been too shaken up by Heath Ledger’s death to carry on. I seriously doubt it.

• The New York Times warns that thousands of priceless 20th Century genre movie props might be lost when an old special effects warehouse closes down. More likely, it’ll all be sold at auction to a private bidder.

• Michael Clayton scribe Tony Gilroy has apparently been slurped up to write the remake for Red Dawn.

• The Guardian lists television science fiction adaptations that never were. I would kill for a Foundation limited series.