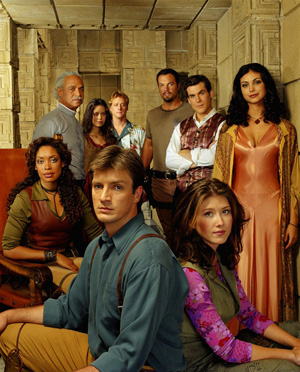 • The two-hour pilot for Virtuality, Ronald D. Moore’s new scifi drama, will premiere this month on Fox. But does an earlier release herald the death or rebirth of Moore’s plagued production?

• Although the idea of a book trailer is rather gauche, the trailer for Guillermo Del Toro’s upcoming The Strain is a best-of-breed sort of affair.

• Bryan Singer wants to do more X-Men stuff. And since the movie franchise has sucked since he left, that sounds pretty promising.

• Wishful thinking to the extreme, but Fox executives say that the Dollhouse renewal might very well beckon the return of Firefly to the air.

• Robert Rodriguez turned down the chance to do a Barbarella remake, so rumor has it the torch has passed to 21 director Robert Luketic. So much for Rose McGowan, and for the chances of a good movie.

• In case you were ever curious as to why cats fail to grasp string theory, here you go.

• SciFi Wire lists 7 unfilmable scifi books… and the directors who could film them.