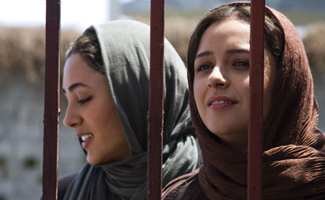 “I am delighted that we have awarded films from such diverse origins; helping to launch careers, establish names and tell stories that would otherwise not be told. I wish all of the filmmakers continued success and hope that they continue to bring their works back to Tribeca,” said Rosenthal.

Best Actress in a Narrative Feature Film: Zoe Kazan in The Exploding Girl

Best New York Narrative: Here and There (Tamo i ovde) directed and written by Darko Lungulov.

On Saturday night, the Heineken Audience Award was handed out to the comedy City Island. (See an interview with star Andy Garcia and director Raymond De Felitta.)

For a complete list of winners, go to the festival site.

Screenings of all winning films will take place at AMC Village VII on Sun., May 3. Check the festival schedule for details.