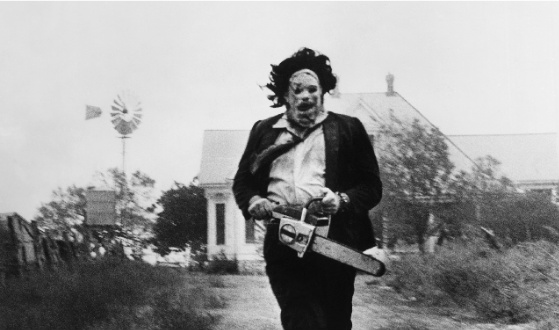 If there’s one piece of advice my handyman Uncle Booger used to spout, it’s that you need the right tool for the job. OK, he also used to say, “Measure twice, cut once” and “Don’t pee in the light socket,” but his main schtick was the thing with the tools.

In this column, the “job” in question is killing people, and therefore the right tool is of the utmost importance. I mean, do you want to be known as a “killer,” or “that dude who sort of injures people, making them sometimes require a tetanus shot.” I prefer the former, thank you very much.

The right tool for the job has some non-negotiable requirements:

• Should be metal (or other very dense material).
• Should be sharp enough to penetrate skin and internal organs and cut through bone.
• If it is not sharp, it should be sufficiently dense (see above) to crush a human skull.
• Must be portable. If your slasher weapon requires a trailer hitch and a modded Chevy dually, then you’re not going to be able to work your way through the sorority house. (Waiting for coeds to come to the parking lot has short-film potential, but we’re talking feature-length murder.)

1. Chainsaw: Texas Chainsaw Massacre series (primary), Evil Dead, Evil Dead II, Army of Darkness, American Psycho, Hollywood Chainsaw Hookers
No way around it: This is the king of killer instrumentation. Not only is the chainsaw sharp, metal and portable, but it’s loud. Ever been to a haunted house where they fire up a chainsaw? Sure, you paid to get in. Sure, you know it’s fake. But you’re still making a deposit in your shorts, and here’s a clue — it’s not a free toaster. Chainsaws get things done, man.

2. Machete: Friday the 13th series (primary), Dawn of the Dead, 28 Days Later, Last House on the Left)
Hard to beat for portability and ease of use: You swing a machete, it does damage. Chainsaws have maintenance issues (oiling, chain jams, refueling…) and axes can be cumbersome. Freddy’s glove? It’s his. For the budget-minded maniac looking for the most cut for the buck, the machete is the way to go. No two-week waiting period, and you can snag one at any WalMart and commence killin’.

3. Axe: The Shining (primary), Haute Tension, The Hills Have Eyes, The Amityville Horror, Sleepaway Camp)
Hard to conceal, but highly effective: The simple kinetic energy delivery of a sledgehammer combined with the inclined-plane shape of a wedge. That’s too long a friggin’ name, which is why we call it an “axe.” If you can swing this bad boy and hit the head, you’re looking at one-shot, one-kill efficiency. The real advantage of an axe is that it doesn’t even have to be sharp. Helps if it is, but if not, you still have the killing efficiency of a pointy-ish sledgehammer. Physics is your buddy with this one.

4. Butcher/Kitchen Knife: Halloween series (primary), Psycho, The Last House on the Left, The Strangers
So maybe the common butcher knife lacks the roar of a chainsaw, the pizzazz of a machete or the brute-force chopping power of an axe. But you know what it does have? A home in every freakin’ kitchen in the world. Seriously. You don’t have to be Emeril Lagasse to have one (though he could make a great serial killler — “You messed with me, now BAM, your ass is fricasseed!”). The butcher knife allows anyone — your granny, your sister, a disturbed little boy wearing a Captain Kirk mask — to snatch a tool and get to work. Simple and ubiquitous, this one is a winner.

5. Knife Glove: Nightmare on Elm Street series
No “primary” tag needed here: There’s only one killer with this iconic, death-dealing accessory, and that someone is Sir Freddy Krueger. Oh yeah, he was knighted — you didn’t know? Seems Queen Elizabeth is a big fan. Likes to pull the wings off of flies while she watches the whole series (strange behavior, sure, but you think it’s coincidence she’s lived to be 83 and basically ruled the freakin’ world? There has to be a deal with evil in there somewhere …). But I digress. Freddy’s glove is on a plateau all its own.

Calling Home Depot…
There you have it. All these lovely tools (not counting Sir Freddy’s glove, of course) are available at your local home supply store or Bed, Bath & Beyond. For a list of the the worst serial killer weapons, including pogo sticks and cotton candy guns, come back next week…