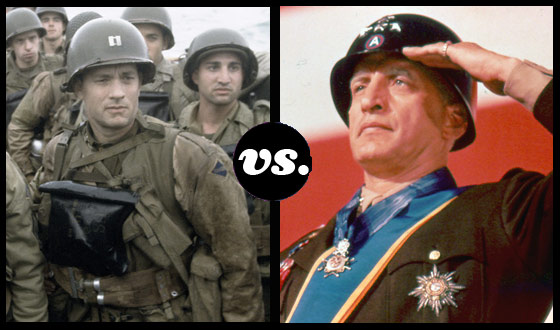 When nations clash, some individuals discover their true heroic nature among the impossible ethical dilemmas and strategic pitfalls of battle. Victory comes in many forms — what would George C. Scott’s gruff General Patton think of Vietnam-era grunts like Platoon‘s Charlie Sheen? The following eight heroes have only just begun to fight for your votes, competing on a level field for the ultimate cinematic Medal of Honor.