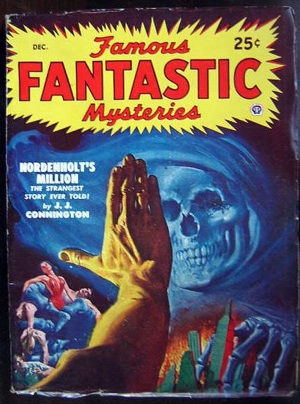 • So now we have two much reviled sequels to Terminator 2, but which one is worse? I’ll go on record as thinking Terminator 3 was okay.

• Simon Pegg’s upcoming scifi comedy Paul is getting an Apatow-crowd injection: Seth Rogen, Jason Bateman, Bill Hader, Kristen Wiig and Jane Lynch have all signed on to star in the picture.

• Global warming was not necessary for the golden age of science fiction to come up with compelling eco-catastrophes.

• Can Buffy survive a forced amputation from Joss Whedon?

• SF Signal hosts another Mind Meld: What was the last science fiction book that surprised you?