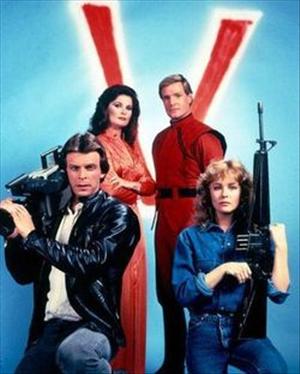 • The remake to NBC’s classic miniseries V is coming soon, and a new trailer is now online.

• Dan Aykroyd says the entire cast of the original Ghostbusters is on board for a third movie, plus they’d like to cast Eliza Dushku as a new ‘buster. She should have loads of free time once Dollhouse is canceled.

• SF Signal hosts another mind meld: What is the perfect genre book to give a non-genre fan? My bet is on Ender’s Game.

• A new prequel comic series bridges the gap between Terminator 3 and Terminator Salvation. And unlike the movie, this one is actually getting positive reviews.

• Not that we didn’t already know this, but J.J. Abrams prefers Star Wars.