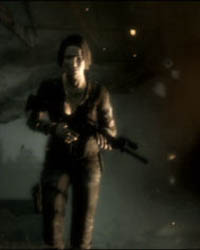 • io9 counts down science fiction’s ten most murderous robots. Considering Skynet is responsible for the genocide of all mankind, I was frankly a bit surprised Terminators were ranked so low.

• Terminator Salvation: The Machinima Series, a six-part web series tied to McG’s new movie, is now available for download. It’s pay-per-view, though, folks, which means I’ll probably be waiting to see it as a DVD extra.

• Exactly how big is the new Enterprise compared to the old one? Seven times!

• NBC has announced its fall schedule, and it includes two failing shows, Heroes and Chuck, in the same time slot. That can’t be a good sign.

• Herewith, all of Robin the Boy Wonder’s splendiferous holy one-liners.