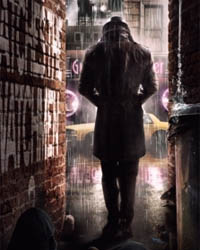 • Sam Raimi knows there are problems with Spiderman 3, and he wants to address them in the fourth movie. Just leave out Venom and you should be fine.

• The first review of Terminator Salvation is out, and it is not good. Ironically, the reviewer cites a lack of life in the drama that’s responsible for its downfall.

• Unbelievably, Mad Magazine in collaboration with Glenn Fabry has put together a fantastic Watchmen parody.

• Ben Shapiro has a particularly philosophical take on Lost‘s season finale. I think he’s off base, but it’s certainly thoughtful.