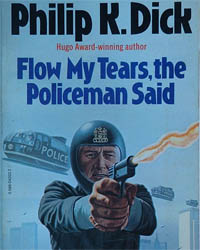 • Lost is hurtling towards its Season 5 finale, which will culminate with the notorious Dharma Initiative “incident.” Five clips from the finale are now online.

• Speaking of Lost, a producer says any Lost movie won’t feature the original cast of characters.

• The next Philip K. Dick novel to hit the screen will be Flow My Tears, The Policeman Said.

• Topless Robot lists the eight most underrated Doctors from Doctor Who. God, have there been that many?

• Phil Platt, the Bad Astronomer himself, gives a rundown of the bad astronomy and physics in Star Trek.