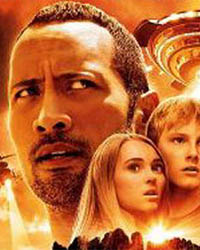 • Geeks of Doom lists six reasons why William Shatner is the greatest performer of all time. Thespianic jerks, anyone?

• If you care to bone up on Star Trek before catching J.J. Abrams’ reboot, why not watch the remastered original pilot, which is being released as an online promotional video?

• Dwayne “The Rock” Johnson as McG’s Captain Nemo? Please, no.

• SF Signal continues to reminisce about Trek series past with a nostalgic look at Star Trek: Voyager. For me, that kind of reflection would consist almost entirely of barfing.

• io9 rounds up all the actors who failed to become Wolverine.