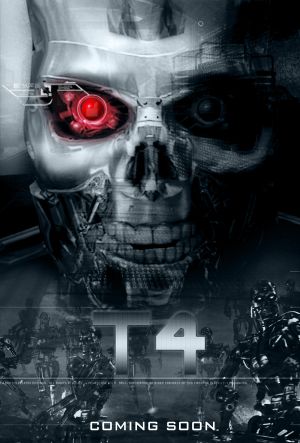 • Christian Bale tells Total Film they’ll do a third Batman movie if it’s the right story — but then frets that he’s signed on for three movies whether or not Christopher Nolan is on board.

• The Hunt For Gollum — a forty minute video detailing a prequel to The Lord of the Rings — is now available for your perusal online.

• A photo of Leonard Nimoy decked out as Fringe‘s corporate overlord, William Bell, has surfaced on the Internets. I have to say after his weird voice-over in last week’s episode, I’m concerned where this one is going.

• McG is already spilling spoilers for the fifth Terminator flick, saying it’ll involve John Connor (Christian Bale) traveling back in time to pre-Judgment Day 2011 to prepare the world’s militaries for a Skynet invasion.

• Who are the top 20 scifi movie villains? Hecklerspray thinks they know, but I think number two and number one should be switched.