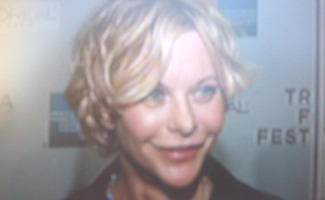 If you play the Six Degrees of Tribeca game (and if you do, you may be as much if not more of a movie geek than anyone here!), you may have picked up on this already, but…

Meg Ryan is premiering a film (Serious Moonlight) in which her
character is married to Timothy Hutton, and she goes to drastic
measures to save their relationship when he plans to leave her for
another woman and go to Paris, after thirteen years of marriage.

Thirteen years ago, Ryan and Hutton went through a
similar situation when her character was engaged to Hutton, and
she goes to drastic measures to save their relationship when he leaves
her for another woman and went to Paris, in French Kiss . 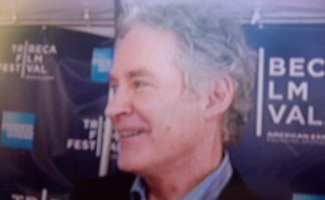 In French Kiss, Kevin Kline (playing a Frenchman) speaks French. Also at Tribeca, Kline is debuting a movie (Queen to Play), in which he speaks French.

Coincidence? I asked both Meg and Kevin, whose premieres were but minutes apart, if they had noticed that.

“Oh, really?” Kevin asked in surprise at the Queen to Play red carpet.

“Yes!” Meg exclaimed at the Serious Moonlight red carpet. “We did notice that!”

“We’ve just been stuck in a rut, playing the same roles, in the same situations,” Kevin laughed.

“But we’ve all been so tired, we hadn’t talked about it yet,” Meg said.

“I’m sorry that you spotted that,” Kevin grinned. “That’s so random. I’m so depressed!”