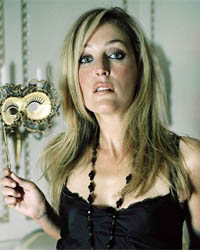 • The Wolverine release print is much like the torrented leak, despite the myriad denials and protestations of 20th Century Fox.

• Paramount releases ten new images from J.J. Abrams’ upcoming Trek reboot — as if, at this point, we’re not already going to go see the movie.

• Do Androids Dream Of Electric Sheep is being made into a comic book, which will doubtlessly be more artless but also more loyal than Blade Runner .

• Gillian Anderson will be joining the cast of Doctor Who as “The Rani,” a renegade Time Lady who crossed swords with the Doctor in the ’80s.

• Isaac Asimov’s The End of Eternity is coming to Hollywood, with Kevin Macdonald directing.

• io9 ranks ten scifi prequels by their crappiness. I agree entirely with When The Tripods Came.