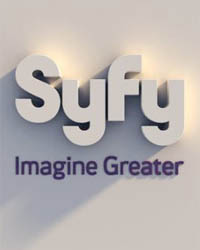 • J.G. Ballard, one of the most dystopic visionaries of science fiction, passed away over the weekend. The Ballardian blog has some touching tributes up.

• SyFy — formerly known as SciFi — will be teaming up with Will Smith for a new crime procedural, which, in line with the name change, has nothing to do with science fiction.

• Condition Human is a fantastic new web series about a future in which realistic artificial humanoids are ubiquitous. It is well worth watching.

• Star Trek is apparently not skewing well with young audiences.

• Daily P.O.P. raises an interesting point: It was only when Russell T. Davies took over Doctor Who that the Sonic Screwdriver became a gadget capable of doing anything.

• io9 lists thirteen alien languages that you can actually read, but somehow leaves Commander Keen off the list!