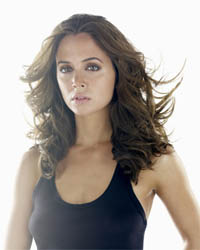 • io9 lists nine human-alien love children, or as I like to call them, extraterrestrial octopodaroons.

• The latest issue of Wired is being edited by J.J. Abrams, and features a new backstory for Spock.

• No need to worry about the release of Terminator Salvation: The lawsuit that threatened to delay its opening date has been resolved.

• Weird but cool science fact: There are several colonies of Amazonian ant that are not only all female, but they reproduce by cloning.

• The future of Joss Whedon’s Dollhouse is looking dim, but hope remains as long as a ton of people tune in for the final four episodes of the season.