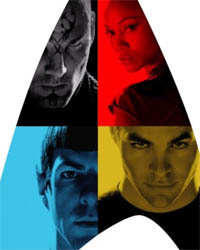 • Sam Raimi is disavowing Spider-Man 3, claiming Sony took creative control away from him in order to shoehorn Venom into a potential spin-off.

• Here’s some healthy optimism: With the Star Trek premiere still five weeks away, Paramount has already green-lit a sequel for J.J. Abrams & Co.

• Bryan Fuller talks to SciFi Wire about why Heroes sucked — and why it won’t anymore now that he’s in charge.

• SF Signal hosts another Mind Meld: How would scifi’s luminaries run a show like Battlestar Galactica?

• An exquisite line of Watchmen costumes for all of your dystopian role-play fantasies.