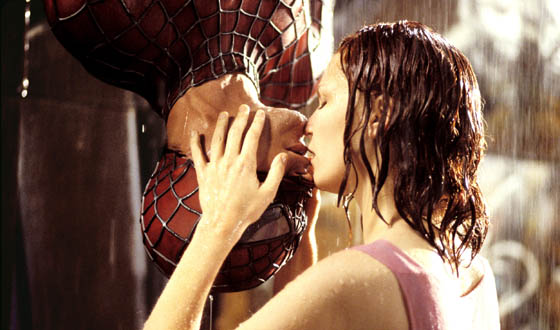 As comic book movie heroes appear to grow ever darker (were poor Bruce Wayne and Rorschach ever young and carefree?), a new set of fresh-faced heroes could give the genre a much-needed shot in the arm. News dropped just last week about Universal’s plans to adapt Umbrella Academy — My Chemical Romance frontman Gerard Way’s acclaimed comic about a group of young heroes. Then there’s Kick-Ass, Mark Millar’s ultra-violent look at what would really happen if a teenager put on tights. And of course, there’s the “Young X-Men” reboot, written by the creator of Gossip Girl. Forget 3D glasses — theaters should just start passing out Clearasil. But if these new heroes hope to storm the box office, they should take a cue from my top five teen superheroes; they live fast, fight hard and might just survive long enough to hit puberty.

Granted, Chris O’Donnell was in his early 20s — not much younger than co-star Val Kilmer — by the time he portrayed the world’s most famous teen sidekick. But while the problems with Forever are legion (oh those rubbery suits), I still have a soft spot for the first time I saw the Dynamic Duo together on the big screen. Though O’Donnell’s acting is spotty at best, Robin’s a lot closer to his roots here than in Batman & Robin . Christian Bale and Christopher Nolan have made it very clear they have no interest in incorporating Bruce Wayne’s young ward into their gritty Bat-verse. So why not allow Dick Grayson to grow up and give us a Nightwing solo outing? Just no visible nipples, please.

Is there a better metaphor for high school angst than the power of invisibility? One of the many brilliant conceits in Brad Bird’s superhero comedy is the grafting of Invisible Woman’s powers — severely underused in the Fantastic Four movies — onto a shy teenager. Sarah Vowell hilariously nails the timid Violet, who eventually comes out of her shell (and wall of hair) to discover how cool it is to make forcefields and vanish into thin air. Not only is Violet one of the best teen superheroes around, she’s also one of the most well-rounded teenagers in recent cinema.

Though he lacks the snarky ‘tude of his comic book counterpart, Drake, aka Iceman, is an underrated member of the X-Men. Whether grappling with his mutation, “coming out” as such to his family or juggling romantic feelings for both Rogue (Anna Paquin) and Kitty Pryde (Ellen Page), Bobby’s just a regular guy who also happens to be able to freeze stuff. Shawn Ashmore makes the character totally likeable, and his powers are just plain fun to watch. So why hasn’t his name come up for an X-Men Origins outing? Cool special effects plus an Iceman/Pyro rematch plus Anna Paquin in tight black leather? That’s a license to print money, people.

Yes, technically Enid isn’t a superhero. But she has been known to wear a mask on occasion, and wields the awesome power of sarcasm. Cutting down clueless movie theater patrons, pretentious art teachers and vapid former classmates with a well-timed quip and roll of the eyes, Enid is the most believable teenager in all of comic book movie-dom. Would-be heroes like Kick-Ass‘s Dave Lizewski could learn a lot from hanging out with Enid (If she deems his jazz record collection worthy, of course). Still not convinced Enid’s a larger-than-life hero? Check out her action figure.

Who else could the No. 1 spot go to but the gold-standard of teenage superheroes? As Stan Lee and Steve Ditko realized way back in 1963, superheroes are pretty dorky. So why not actually give a geek powers? Do you hate your boss? Are you crushing on the popular girl? Problems at home got you down? Parker can relate — in fact he’s most effective when he’s down on his luck. Expect the script for Spider-Man 4, which Sam Raimi confirmed will be ready this summer, to get Pete back to basics. In the meantime, we’ll see if the current crop of teen superhero movies will take the genre to new heights — or just rehash old Spider-Man scripts.

Got a favorite teen superhero from comics or the movies? Let us know in the comments.

When not writing for places like The Onion and HBO, Nick Nadel is in line at the comic book store alongside the other geeks, er, fans of speculative fiction. His most prized possession is a 1960s Batman comic wherein the Dynamic Duo are trapped inside a fortune cookie factory. Want more comic book movie news and opinions? Follow Nick Nadel’s column on Twitter.