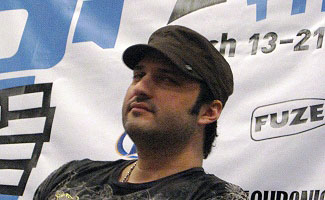 Rodriguez spoke about making things up as you go along and recalled his continuing fascination with 3D, something that dates back to his 1996 release, From Dusk Till Dawn . “I didn’t remember this, but I searched my journals and found when I first had the idea to do 3D,” he said. “Originally, my idea was to do the second half of that in 3D, because I wanted the thrill of, midway through, this sign coming up saying ‘Glasses On’ … and I could be sitting at the front, and turn around and see everyone in unison putting their glasses on.”

That impulse came to fruition with 2003’s Spy Kids 3-D: Game Over . Rodriguez had the itch to film in 3D long before he had the desire to go back to the Spy Kids franchise. “Now, at this time, nobody was making 3D movies; there had not been a theatrical 3D release since the ’80s. I just wanted to do it, so I decided — I’ll just do Spy Kids 3D, I’ll just make it a Spy Kids movie — Spy Kids in a video game!” Rodriguez recalled how his ambition outstripped his knowledge when he pitched his 3D idea before he had finished Spy Kids 2: “When [producer] Bob Weinstein asked me ‘Do you know how to do 3D?’ I said ‘No, but we’ll have it figured out.’ We kind of made up the process as we went.”

Spy Kids 3-D taught Rodriguez more than just the techniques and tricks of shooting 3D; it paved the way for Sin City. “I realized you could shoot an entire movie in green screen and have it out pretty quickly and economically,” said the director. Though Spy Kids 3-D was the least expensive of the franchise, “it did the best, and it had had the biggest cast.”

Which Rodriguez movie is your favorite? Click here to vote.