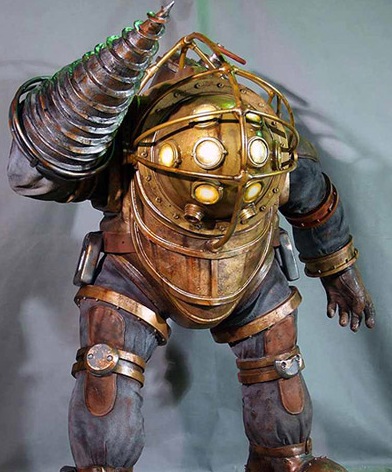 • An overzealous mom in Nebraska thinks the Spider-Man comics are too sexy for kids. No one clued her into the fact that comics aren’t just for kids anymore.

• After the wash of Spider-Man 3, director Sam Raimi is demanding more control if he comes back for sequels.

• Game Informer has the details about the sequel to Bioshock, Irrational’s deco-punk dystopian masterpiece.

• How could Battlestar Galactica have ended differently? With Galactica crash landing and becoming Peruvian ruins, apparently.

• A couple years after Paramount banked on HD-DVD as the future of DVD formats, they’re re-releasing Star Trek on Blu-Ray.

• This is why science is important.

• In case you’ve been living under a rock for the past four decades, Tor writes us a Star Trek primer.