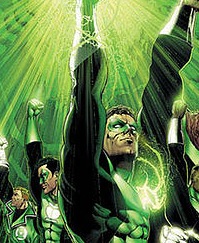 • Alex Proyas’ adaptation of John Christopher’s The Tripods is one of my most anticipated scifi films of the near-future, and I hung on every word of this interview about his plans for the series.

• Slice of SciFi lists their top ten episodes of Battlestar Galactica, only one of which I think is totally misguided.

• Speaking of BSG, Ronald D. Moore talks the finale with SyFy Wire. The DVD version of the episode will apparently be 20 minutes longer.

• And even speaking-er of BSG, Gunaxin shows us the women of Battlestar Galactica, and boy, can they be smutty.

• Will the new Captain Kirk play the lead in Green Lantern as well? Let’s hope not: He doesn’t have the temples of Hal Jordan.

• No, Virginia, humans can not be used like batteries, Matrix-style.

• Bruce Sterling’s a visionary novelist, but one who has no faith in his own visions.