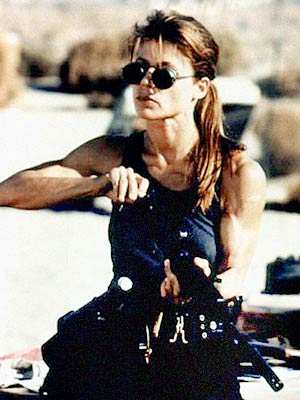 • Harlan Ellison’s lawsuit against Paramount may very well allege that J.J. Abrams’ upcoming movie steals its plot device from “City on the Edge of Forever”, his most famous original Star Trek episode.

• The live-action Star Wars series may have a familiar face from the movies: Jay Laga’aia, who played Amidala’s head of security in the prequels.

• According to C.H.U.D, Linda Hamilton has officially recorded her voice narration for Terminator Salvation.

• Put the brakes on those Tranformers 3 rumors! A day after Variety leaked a 2011 release date, Michael Bay writes on his blog that there’s no way because he’s taking a year off first.

• Some fantastic promo shots for Aliens vs Predator, courtesy of Sky Australia.