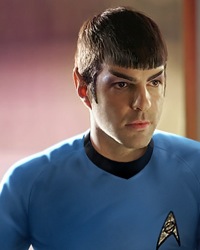 • Marvel.com is now streaming episodes of the 1970’s Japanese Spider-Man television series. You know, the one where Spider-Man flies a giant freaking robot.

• Mr. Owl, how much does a show have to suck for NBC to cancel it? The world may never know. Heroes gets approved for a fourth season.

• Spock was apparently slated to take out six dudes in a hand-to-hand judo fight in J.J. Abrams’ Star Trek. Now, he just shoots them all. What gives?

• Slate ponders the unponderable: What if Woody Allen directed Watchmen?

• And speaking of Watchmen, what would Alan Moore’s classic look like as a Saturday Morning Cartoon?

• Browncoats are really pushing for the next node of the International Space Station to be named after Firefly‘s Serenity.