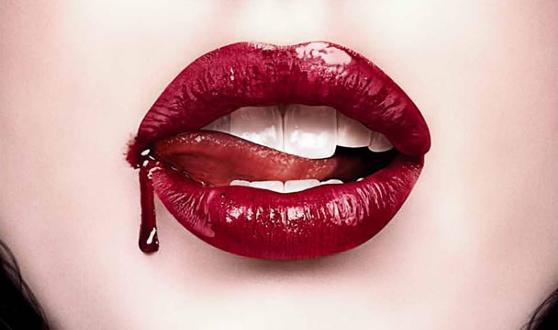 What is it, exactly, about writer Diablo Cody? Yes, Juno was a good movie and written with a very distinctive voice. Her TV show, The United States of Tara has been generally well received — but, really now, has Cody shown us enough to be hailed as the new savior of the English language? Because as much as I like Juno, I am hard pressed to think of a single writer that has generated as much fawning praise as Cody has so early in their career. Not even the likes of Quentin Tarantino or Charlie Kaufman generated this much positive press at any point of their career, and certainly not after their first projects. Here’s what I mean:

“I swear screenwriter Diablo Cody is on a track record for the most quirky and eclectic films ever! Beyond that, I have a feeling she is really going to bring about a new revolution in Hollywood with her writing.” (Alex Billington, First Showing)

That’s just one quote, sure, but I could pull up dozens of others like it without breaking a sweat and the bizarre thing about it is that it was written back in October of 2007 when Cody had a grand total of ONE writing credit on her resume. One credit that marked her as the one to bring about “a new revolution.” Can you say hyperbole, people? How about backlash? Because, let’s be honest, thanks to comments like Billington’s, declaring Cody the chosen one, the bar has been set impossibly high for her next project — the horror comedy Jennifer’s Body.

There’s never been any doubt as to what the big draws were for Jennifer’s Body. Director Karyn Kusama ( Girlfight , Aeon Flux ) has been almost entirely ignored in the run up to the movie, while the more “serious” film sites focused on the writer-producer team of Diablo Cody and Jason Reitman — back together after their success with Juno. On the other side of the spectrum, the fanboys began their obsessive
drooling over the casting of Megan Fox in the lead. “Goddamn, she’s
smokin’… Movie, what?” (Gopha, Bloody Disgusting).

As befits a movie with such a strong emphasis on the writer, the early reports all centered on the script, a script which somehow made it into the hands of several online sites… where it generally left readers disappointed: “I’d have to say that Jennifer’s Body goes overboard with the way it tries to sell itself … this script feels like a step backwards for Diablo.”(Mystery Man on Film). “We feel pretty safe declaring that Diablo’s streak of consecutive Oscar nominations will come to an end at one.” (Mark Graham, Defamer). “I have no idea what to think about this. If you remove the R-Rated gore, this is a Juno-esque coming of age comedy about friendship. Take away that and you get a decent teenage horror flick. Combined? Uh….” (Latino Review)

And once the official critics started to question the Jennifer’s Body script, that’s when the Cody-critics started popping out of the woodwork. “The name itself is cheesy and dull, the tattoos and the stripper past is dejá ten times over. Why is everyone so excited about this person? How many masterpieces has she made?, Juno? I don’t think so, fun movie but hardly a timeless classic. Four years from now, no one will remember, there will be no major web page fan circle, not even quotable at parties. So really people, Diablo Cody? Do you seriously think this is going anywhere? It´s all hype and magazine sells. Pretty annoying.” (Mr R, Cinematical). “You mean to tell me that there’s a script out there that has MORE dialogue in it than JUNO? … this can’t be the best career move for her following an Oscar win.” (Matt, Mystery Man on Film)

News didn’t get much better for the movie when Fox released the first poster for it in July, just two days after HBO released their own, very nearly identical, poster for True Blood. Sure, the chances of plagiarism here are slim to none, but for a movie that was trying to promote itself as a new and original spin on the horror genre, having major film sites openly wondering who ripped off whom was definitely not the kind of PR they wanted.

But, you know, nothing glosses over problems like sex, and the overwhelming chatter about Jennifer’s Body has been dedicated not to talk of the script or the poster or even Diablo Cody’s future in Hollywood. No, when people have been talking about Jennifer’s Body they’ve mostly been talking about Jennifer’s body — topless shots of star Megan Fox (link very definitely NSFW) snapped by paparazzi during a lake shoot. Fanboys went nuts for the shots of Fox — hundreds of mostly unquotable comments from fans on this Aint It Cool thread stand as examples – while site after site after site reported that Fox would have a nude scene in the flick despite repeated statements from Fox herself that she won’t do on-screen nudity and assurances from the production company that these were paparazzi shots only. Hope springs eternal, however, and fans continued to hope for a bit of skin until a test screening review appeared at JoBlo confirming that Fox’s breasts were not exposed on screen. The most common response to this? “Well, there goes any reason for me to see this movie.” (Metafact, Worst Previews).

With Jennifer’s Body not hitting screens until September there’s still plenty of time for things to change — there still isn’t as much as a trailer available to see — but right now? It looks like Cody is going to have a very hard time living up to expectations.