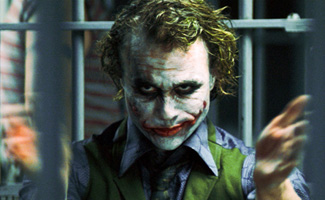 Among the movies being recognized at last night’s Grammy Awards were Juno , The Dark Knight and WALL-E. The long-gone-from-theaters indie comedy beat out more current musicals Mamma Mia! and Sweeney Todd to win top prize as the best compilation soundtrack, while The Dark Knight was recognized for its original score. (In case you were wondering, this year’s awards juggernaut, Slumdog Millionaire, was not eligible since it was released after the October 2008 cut off date.)

And although nominees Steve Martin and Sidney Poitier emerged empty-handed in the spoken word category, Beau Bridges, Cynthia Nixon and Blair Underwood did not. That latter trio were nominated for their work on the audio edition of Al Gore’s An Inconvenient Truth.

The winners in the movie categories are: