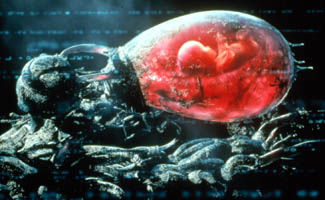 The machines in The Matrix aren’t evil because they harvest energy from humans; they’re evil because they do it without humans knowing about it. No doubt, the self-aware ‘bots realized human beings wouldn’t willingly spend their lives trapped in a liquid-filled pod to supply their enemies with power. But what if we could harness our energy without the nuisance of enslavement? Your intelligence doesn’t have to be artificial to see the benefit in using humans for power, and scientists are finding new techniques for harnessing our kinetic energy — while we’re living real lives.

For those that enjoy working out, there’s now gym equipment that turns exercise into electricity, saving you money on your gym membership while you shed pounds. For those that love the nightlife, there’s a dance floor that turns clubbing into power. Your reward? The floor lights up using the joules from your conga line. But that’s nothing compared to the achievements of one innovator, who has devised a way for you to collect power while you’re lounging on the couch.

Zhong Lin Wang, a researcher at the Georgia Institute of Technology, has created a self-powering nanosystem that collects energy from the body’s smallest movements and converts it to electricity. The device is designed to produce electrical current by using the piezoelectric properties of zinc oxide structures to harvest mechanical energy from the environment. Minuscule wires produce an alternating current when stretched and released like a rubber band. If you make it move, it makes power.

His goal is to weave it into clothing, making an electricity-generating thread that could then power your mobile devices. Think about it: All you’d have to do to charge your cell phone is wear a special fabric and go about your business. Had the Matrix machines taken this approach, they might have been met with less resistance.

One tiny generator can produce an oscillating output voltage of up to 45 millivolts, converting nearly seven percent of the mechanical energy applied directly to the zinc oxide wires into electricity. To boost the current, arrays of the generator could be connected in series, eventually creating enough power to charge a mobile electronic device.

Wang’s so-called “flexible charge pump” generator has been a long time coming, having already gone through several generations of prototype. The latest, however, resolves some of the problems encountered in earlier versions: “The new design would be more robust, eliminating the problem of moisture infiltration and the wearing of the structures,” says Wang. “From a practical standpoint, this would be a major advantage.” After all, people do like to wash their clothes once in a while.

More importantly, his latest device is covered by a flexible polymer, meaning it could actually be embedded in human tissue to harvest the kinetic energy from the steady dilation and contraction of blood vessels. As long as your heart was beating, you’d be generating power. In this scenario, turning yourself into a battery would be so easy you wouldn’t even realize you were doing it — which brings us back to The Matrix.