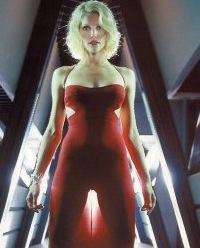 • The cast of Star Trek: The Next Generation will reunite for an episode of Family Guy, probably accompanied by the flatulent burstings of a thousand fart jokes.

• There’s some excellent behind-the-scenes shots of the upcoming Red Dwarf reunion, including a tidbit that it’ll be a three-part finale — 30 minutes longer than expected.

• Samuel L. Jackson has signed on to play Nick Fury in as many as nine upcoming Marvel movies. The Universe is right again.

• Will Tricia Helfer get her own Six-based Battlestar Galactica spin-off?

• Total Recall, the remake? And while we’re discussing pointless and egregious remakes of perfectly wrought films, The Neverending Story too!

• It looks like Warner Bros. will mount a Suicide Squad movie. How could this work without establishing the supervillains in other movies first?

• Behold the secret lives of Stormtroopers.

• This is a “fun” Google Maps mash-up: Ground Zero, a look at the devastating effects of a direct nuclear blast on your home town!