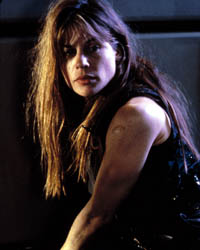 • Zack Snyder apparently tried to save much of Watchmen from studio interference, including the famous squid ending, but says he ultimately had to cut it in order to give more time to character exposition.

• Speaking of Watchmen, Wil Wheaton (Wesley Crusher himself) has seen it and is absolutely raving about it. Plus, six more Watchmen clips have hit the Net.

• io9 spells out the the top 8 Oedipal robots of all time, largely inspired by the recent revelation that BSG’s Cavil had been humping his mom on New Caprica.

• Harry Potter and The Spiderwick Chronicles book covers are are redesigned to look like Penguin Classics. I wish all books were released this way.

• Behold the staggering special effects and props of the WETA workshop.

• mash up together pretty well .

• Most of us old steampunk mavens will have seen this stuff before, but this list of definitive steampunk gadgets is a nice compendium of best of breed.