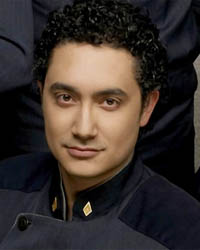 • Mutant, wrinkle-headed aliens as seen in Star Trek may be more plausible than we think.

• Marvel was so psyched about President Obama that they started to put him in their comics — even though they didn’t have the legal rights. Now he’a just Obama’s nameless doppelganger.

• A Transformers 2 Super Bowl spot features what looks like a dinobot!

• io9 offers a nice little character study of Felix Gaeta, explaining his sudden slide to the dark side in Battlestar Galactica.

• This list of the ten best movie robots is rather uninspired, but largely incontrovertible — except of course for that C-3P0 punk.

• What if Italian opera ?