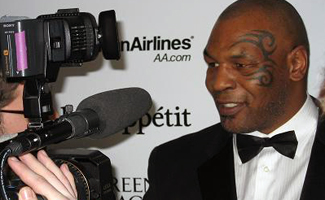 Though it comes to Sundance as something of a known property — it already won an award at Cannes last year and has distribution through Sony Pictures Classics — James Toback’s documentary Tyson has become one of the most sought-after films at the festival. With good reason, too: This feature-length interview, interspersed with archival footage, features Tyson at his most intimate, talking not only about his fights and his rough childhood, but also his ill-fated marriage to Robin Givens and some of the more ghastly things he saw while in prison. As at Cannes, the documentary was greeted by standing ovations; first at Saturday night’s screening, and then when Tyson took the stage during the Q&A and said he was “just happy you guys liked the doc.” The boxing legend then joked that he had expected the movie would only be released as a bootleg on the corner of 125th Street in New York. 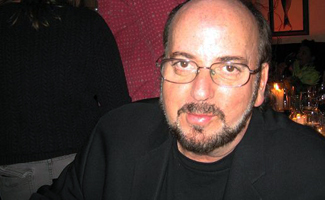 Tyson and Toback held court at dinner following the screening, with Tyson admitting that the success of the film actually has him worried. Noting that he’s a recovering addict, he recalled, “I didn’t use drugs or mess up my life when things were going bad; I did those things when I was successful and things were going well.” He then described how he has been working on trying to be more humble. “I’m a megalomaniac if I don’t keep my ego in check.”

For Tyson and Toback, the film marks the culmination of a 20-year friendship. Tyson had appeared in Toback’s previous films Black & White (1999) and When Will I Be Loved? (2004). But Toback also revealed that Tyson had been scheduled to be interviewed in the director’s philosophical 1999 documentary The Big Bang. At the last minute, the champ fell through and Darell Dawkins took his place. The director said he considers Tyson the ideal subject: “Mike is totally lacking in any guile or pretense,” he said. “You could say that the film is just a continuation of the conversation he and I have been having for all these years.”