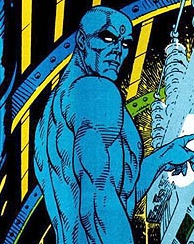 •Buddy TV has a great theory on why Boomer — the Sharon who shot Adama — might be the might be the final Cylon. Check it out, it’s better than you would think.

• F. Paul Wilson thinks The Dark Knight stole his Joker: “Somebody somewhere along the line, in researching the character, had read Definitive Therapy.”

• The Ghostspy blog claims to have on-the-set footage of Ghostbusters 3. My guess is that this is actually a viral site for the upcoming video game.

• Fidgit lists ten games that redefine science fiction. Bioshock takes the prize — so when will we see a movie, Hollywood?