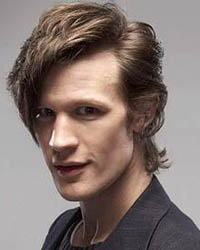 • The Magazine of Fantasy and Science Fiction is switching to a bimonthly publishing schedule. This is understandable, and I imagine only the first step towards even further scifi publishing reductions.

• Matt Smith is the next Doctor Who. He’s basically Eccleston meets Tennant minus ten years, and thus a very uninteresting and unrisky pick.

• SF Signal schools us in the lore of Johnny Sokko and his Flying Robot.

• Topless Robot shows us a five-second version of Attack of the Clones, which still feels about four and a half seconds too long.

• Boris Vallejo does a new painting of the illustrious John Carter of Mars!

• This is the best Teenage Mutant Ninja Turtles art I’ve ever seen: A limited edition print of the brain alien Krang, made from acrylic models glued right to the frame.