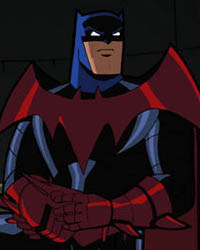 • Batman’s new suit of armor in The Brave and the Bold is rather sharp — not that I’m making any recommendations to Christopher Nolan.

• Eddie Murphy states, “Uh, no. I won’t be the Riddler in the sequel to The Dark Knight.” Anyone who actually thought that a possibility can now breath a sigh of relief.

• Newsarama has an interesting teaser image for the upcoming “Battle for the Cowl,” a duel between numerous Batman characters to take up Bruce Wayne’s place now that he died in the comic.