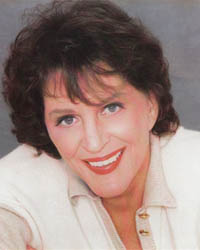 • Woolworth’s in the UK has banned Star Wars lightsabers from being sold because they “look like guns.” Yes, those fluorescent, cylindrical, non-firing guns of the future I’ve heard so much about.

• Russel T. Davies says the next Doctor Who Christmas special will be a “Doctorfest,” whatever that means.

• This is exactly the point at which we should all panic: After (apparently) ruining The Spirit, Frank Miller turns his attentions to Buck Rogers.

• William Shatner pays tribute to Majel Barrett-Roddenberry, creator Gene’s wife and the only actor more ubiquitous with Star Trek than he is.

• Oh, John DeNardo. We love you here at SciFi Scanner. But sometimes your opinions are just despicably wrong. A Boy And His Dog is a classic.