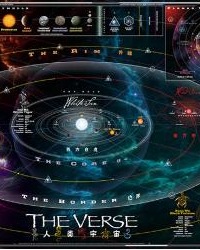 • io9 lists twelve comic book tv shows that were never made. I would really have liked to see The Pryde of the X-Men.

• A lovely map of the Firefly Verse.

• Heroes creator Tim Kring just gave an interview in which he describes his network audience as “dips___s.” Really. I think we can all understand saying something we wish we hadn’t, but what was he thinking?

• Newsarama picks a new Captain America — and I think they did a fine job.

• A sneak preview of Battlestar Galactica Season 4.5. About frakkin’ time.

• George Lucas: “Well, you know Han Solo is married to a Wookiee. But we can’t say that.” Please don’t.

• There’s an Astro Boy teaser out. I remain cynical.