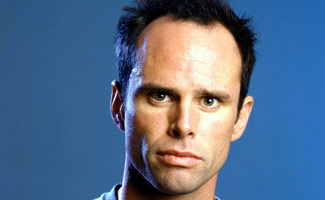 “Rectify takes us to the crossroads of two incredibly compelling worlds. Ray McKinnon’s script beautifully weaves together the legal drama surrounding a wrongful conviction into a great character driven family drama; and in that sense it is totally unique,” said Christina Wayne, SVP of scripted series and mini-series. “We are so happy to be expanding our business with Mark Johnson. AMC has a great working relationship with him on Breaking Bad and we are thrilled to be working with him again.”

Today’s news comes on the heels of AMC recently announcing Red Mars as a new series in development. Written and executive produced by Jonathan Hensleigh ( Armageddon and Con Air ), Red Mars chronicles the inhabitants of the first human colony on Mars and is based on the classic sci-fi novel of the same name by Kim Stanley Robinson.  Red Mars is executive produced by Michael Jaffe & Howard Braunstein from JAFFE BRAUNSTEIN ENTERTAINMENT (Memory Keeper’s Daughter, 10.5 ) and Vince Gerardis, Ralph Vicinanza, and Eli Kirschner from Created By (Jumper).