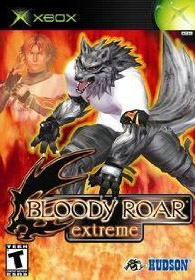 With hundreds of years to their credit, vampires, zombies, and ghosts have all been mined again and again for good horror games. The Legacy of Kain series is just one of many bloodsucking franchises, Resident Evil propelled the walking dead to immortal game-fame, Fatal Frame made ghosts respectable video adversaries and the Castlevania series has made use of all three monster-types.

Yet there’s one archetypical creature missing from this cast of horror honorifics: The Werewolf.  A well-known creature with a rich history that — depending on a developer’s whims — could possess freakish strength, be inhumanly nimble, or have all the built-in weaponry you could need, the werewolf should be a staple in even the laziest game developer’s cast of characters. And while attempts have certainly been made, they’ve mostly failed.

In the aforementioned Castlevania: Legacy of Darkness, the hero, Cornell, is a werewolf. But by utilizing his abilities primarily to rescue his kidnapped sister; he’s just a tad too noble to come across as a true beast. The Bloody Roar series fares a bit better with fighters expanding the zoological spectrum via a whole host of characters able to transform into anthropomorphised beasts during battle. The hack-and-slash is definitely there but like many fighting games, this one is pretty light on plot: You go from knocking out a giant mole-creature to duking it out with a man-tiger.

The closest thing to the lycanthropic bliss is probably The Elder Scrolls III: Bloodmoon which introduces werewolves to the world of Morrowind. Unfortunately, while it’s completely possible to complete your missions as a werewolf, you’ll also find doing so an arduous task should you undergo your nightly transformation at a crucial point in the mission.

So I ask you, game developers of the world (in the language of our times): “Where my dogs at?”

To test your knowledge of werewolves in movies, click here.