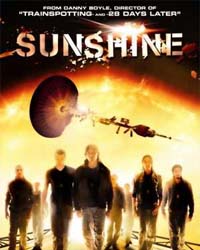 I just read your interview with io9. What’s this about you never directing another space movie? I understand making Sunshine wasn’t easy. And, to make matters worse, if you don’t get the science right, you hear about it. In your words: “It’s pitiless.” It’s true. Fans of science fiction can’t wait to go to outer space but they can be so cruel to those that try and take  them there. My advice: Don’t let the geeks get you down.

There is some great science in Sunshine. Those that say, “The man ought to be floating, there wouldn’t be any gravity,” are missing what’s really important about this movie. (In your defense, I know that on the DVD it’s explained that the artificial gravity was generated by the compressed mass of a small moon. But I digress…) The haters need to forget that the sun isn’t expected to die for five billion years and that firing nuclear bombs at it might not even get it working again. Your movie addresses bigger questions like, “What would happen if the sun stopped working?”  and if it did, “Could science save the day?”

Popsci.coom addressed this issue recently in “If the Sun Went Out, How Long Would Life on Earth Survive?”
Fact is, we’d be royally snookered (I use the British reference in your
honor). Only those living in submarines or geothermal-powered habitats
like Iceland would have a chance of survival… until the food ran out.
David Stevenson, a professor at California Institute of Technology
explains:

Within a week, the average global
surface temperature would drop below 0°F. In a year, it would dip to
-100°. The top layers of the oceans would freeze over, but in an
apocalyptic irony, that ice would insulate the deep water below and
prevent the oceans from freezing solid for hundreds of thousands of
years.

If something does happen to the sun, you can bet people will be more than willing to try the nuclear option suggested in Sunshine,
even if there is just a small chance it could work. And they won’t care
what the astronauts look like when they do it. Floating. Walking.
Whatever!

We need you to give space movies another chance. As physicist Dr. Brian Cox (who served as a science adviser on Sunshine and is now a part of the Large Hadron Collider team at CERN) told the Telegraph, “Finding out how the universe works is not a luxury but a necessity. We are in a dangerous universe and if we don’t learn about it, we really are in trouble.”

And nothing draws attention like a movie. Bring on the Sunshine sequel!