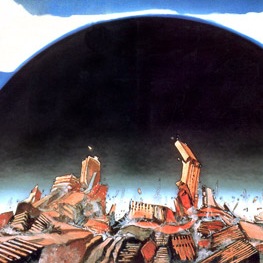 • Four Star Trek officers have been united for the first time in a barbershop quartet.

• Yes, you would like to see the Invisible Man beat up a mime.

• In a galaxy far, far away: an old-school Star Wars filmstrip.

• Patrick Stewart is so enamored of David Tennant that he’d like to guest star on Doctor Who. Heck, make him the Doctor.

• What’s curious about io9’s list of sci-fi sequels that should never be made is that several of them either have (arguably) been made (Akira, Blade Runner) or are in the process of being made (The Thing, Donnie Darko).