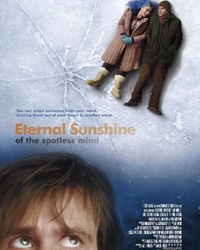 In Eternal Sunshine of the Spotless Mind , a company called Lacuna will remove unwanted memories to help you live a healthier, happier life. Though such companies don’t exist today, researchers at the University of Cambridge are using a form of Targeted Memory Erasure (as it’s called in the film) to help rats forget they crave cocaine. Given the success they’re having, it won’t be long before cocaine-addicted humans are altering their drug-related memories to break the habit. From there, is it really that hard to imagine a clinic on the corner claiming it can help you break your addiction to another person the same way?

The study with the rats, described in the August 13 issue of The Journal of Neuroscience,
builds on earlier research about the way the brain really works. It
turns out, recalling a memory is less like opening a page in a printed
encyclopedia and more like opening a page in Wikipedia  — one you
update everytime you pull it up. In short, memories get rewritten when
they’re activated; even long-held memories can be altered. The process
is called reconsolidation and while it’s happening, the brain is
forging the memory all over again. So, if you trigger a memory and then
do something to disrupt that process you can, in essence, erase it.

The
researchers from the University of Cambridge used a chemical to disrupt
reconsolidation in rats while they were recalling drug-associated
memories. Halting the retrieval of these memories curbed the rats’
cravings for cocaine.

First they trained rats to associate the
switching on of a light with an infusion of cocaine. Then they
“re-actived” the association by switching on the light and the rats
performed behaviors to get more cocaine. But if, prior to reactivating
the memory, they treated the rats with a chemical that blocks a
receptor important in learning and memory, the rats showed reduced
signs of cocaine seeking behaviors. Whether injected into a brain
region activated by drug-associated cues, or given systemically, this
single treatment reduced or even stopped drug-seeking behavior for up
to a month.

Soon addicts will have no more excuses for falling
off the wagon — as long as they’re willing to forget the good times
they had.

One caveat also depicted in the movie: At the end
of the film, Joel and Clementine start dating, having no idea they were
in a dysfunctional relationship before. In such a world, addicts would
eventually try drugs, having no idea they’re in recovery.