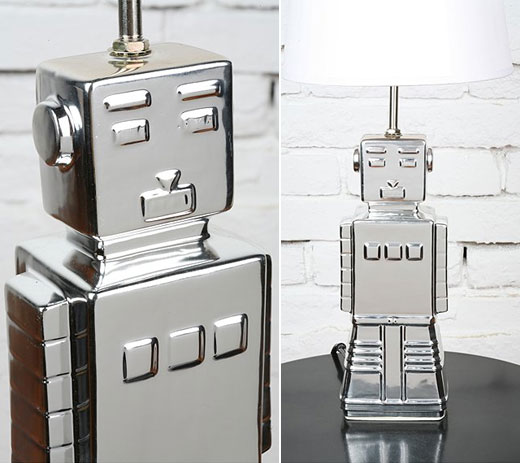 • I believe my bed deserves to be flanked by two happy argentine robots.

• A recent ESPN ad for Marvel’s Secret Invasions crossover involves a shape-changing Skrull with a trifurcated lantern jaw making out with a human. Now that’s effective advertising for the booyeahing sport set.

• Oh man: Stephanie Jacobson, who played Kendra Shaw in Battlestar Galactica: Razor, is coming to The Sarah Connor Chronicles. I loved Jacobson in Razor: she was a more interesting character than 9/10ths of the regulars.

• Speaking of BSG, the actor who plays Helo says his character’s fate is non-obvious and makes him happy. My guess is he and Athena and their child end up on Earth as a sort of human/Cylon Adam and Eve, with everyone else wiped out.

• SF Signal hosts another Mind Meld.
I was invited to join this one, but forgot. The topic was “what makes a
good scifi adaptation?” My answer would have been several hundred
words, essentially saying: “Loose loyalty to the original: books are
not movies, and should not be translated faithfully.”

• These LazerTag guns are scifi objets d’art. You could frame them.