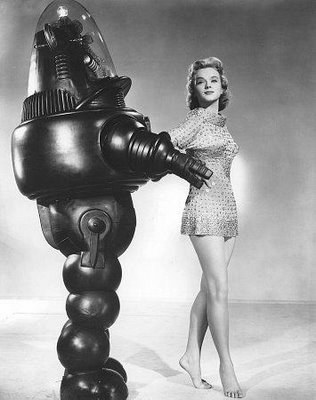 • Retrospace lists the many fine examples of short skirts in science fiction. Robby the Robot hung out with many fine zoological specimens, didn’t he? His servo-controlled gams aren’t bad either.

• Darth Maul himself, the agile Ray Parks, will be teaming up with Ray frickin’ Harryhausen for a new movie: The Necronauts.

• The post-apocalypse of Japan exposed on Pink Tentacle.

• OK, looks like Zack Snyder’s Watchmen might not be delayed after all: The trial is set for January 2009.

• A bad week for Hitchhiker’s Guide to the Galaxy fans: Two pros who worked on the original radio series died last week.

• J.J. Abrams wants to adapt The Dark Tower for some medium, but it may take a while.

• This bodes poorly for the last couple of remaining scifi monthly mags: Both Analog and Asimov’s are getting page trims and more ads.