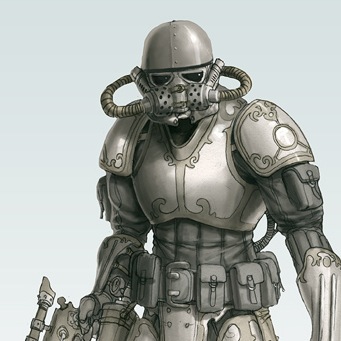 • Will Wright’s protozoa-to-galactic-civilization sim, Spore, has finally been released, but JP over at SF Signal has some rebellious thoughts about the way it’s been protected.

• The greatest gaggle of vintage superhero papercraft you ever will see. Dig that monochrome Batman! And it all appears to be done by comics genius Chris Ware

• Ray Bradbury and the state of the American public library. Heady reading: We shouldn’t forget the importance of libraries in the Amazon.com generation.

• The Ghostbusters video game is wagging the dog on a real Ghostbusters 3 sequel… written by the minds behind The Office! Bill Murray’s even willing to return “in some capacity.” And hell, we know Ernie Hudson’s free.

• According to Hollywood Daily, Sam Raimi and Tobey Macguire are locked for Spider-Man 4 and will possibly shoot 5 at the same time. I dunno, the third really killed my buzz for these, and The Dark Knight made the whole trilogy look positively bereft of creativity, talent or imagination.