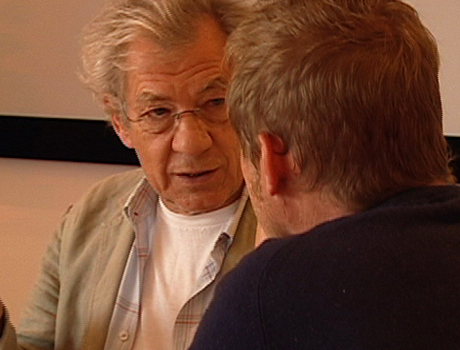 The first read-through of The Prisoner wrapped up in London on Friday as Sir Ian McKellen and Jim Caviezel disclosed that nerves ran high among cast members in this exclusive video interview with AMCtv.com. During the next three months, McKellen will blog about filming and production from the sets of The Prisoner. His first entry begins…

As the millenium turned, I was in Middle Earth filming Lord of the Rings. On my website I started a sporadic diary called “Gandalf’s Lair”, and inadvertently helped invent blogging although back in 2000, such cyber experiments were not appreciated by everyone.

For more photos, video, news, interviews and McKellen’s full blog post, check out The Prisoner blog which promises weekly updates from the cast and crew in Africa throughout the summer.